Located in the heart of the ancient center of Naples Italy, the Sansevero Chapel Museum is a jewel of the international artistic heritage. Baroque creativity and dynastic pride, beauty and mystery intertwine here, creating a unique atmosphere, almost out of time. The Sansevero Chapel is one of the most important museums in Naples Italy. Located near Saint Domenico Maggiore Square, this church, now deconsecrated, is adjacent to the family palace of the princes of Sansevero, separated from it by an alley once surmounted by a suspension bridge which allowed family members to access the place privately of worship.

Among masterpieces such as the famous Veiled Christ, whose image has traveled the world for the prodigious “weaving” of the marble veil, wonders of virtuosity such as Disillusion and enigmatic presences such as the Anatomical Machines, the Sansevero Chapel represents one of the most singular monuments that human ingenuity has ever conceived. According to legend, the marble veil that can be observed on the body of Christ is made up of a veil of real fabric that has undergone a transformation into rock (marbling) thanks to the application of a substance created by the Prince of San Severo, a famous alchemist. In reality, the veil effect is due to the great artistic talent of Giuseppe Sanmartino or the author of the sculpture and the legend has been debunked by analyzes carried out specifically.

In the Sansevero Chapel in Naples Italy there are two skinless bodies that are thought to belong to those who were once the prince’s servants. The legend of the petrifying potion of the mysterious prince, however, has given rise to different versions of the same story, some more plausible and acceptable than others that seem more imaginative. Among some deeds drawn up by notaries of the time, the writing of a real contract signed between the Prince of San Severo and Doctor Salerno is documented. The document describes the task assigned by the nobleman to the doctor who would have had the task of building a pair of skeletons complete with the cardiovascular system that the alchemist had prepared. The contract specifically contains the instructions according to which the arteries and veins must be made of wire and wax in different colors. If you are planning your holiday to visit Naples Italy, visit the Sansevero Chapel is one of the things to do. 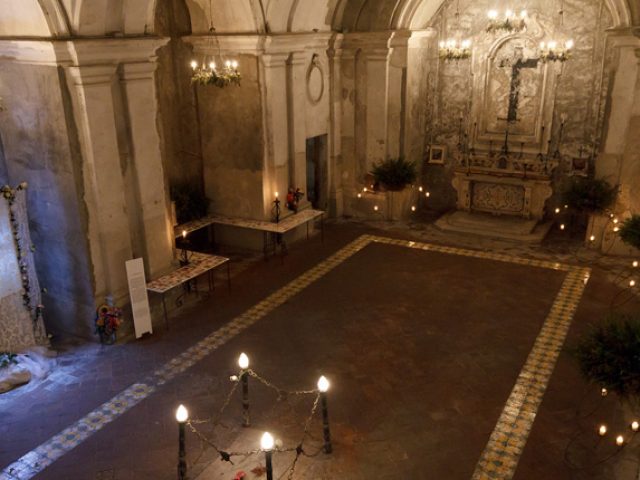 In the heart of the ancient center of Naples Italy, along Tribunali Street, is the church of Santa Maria delle Anime del Purgatorio ad Arco. Crossing the threshold begins a real journey into Neapolitan culture between art, faith, life and death. From the small and beautiful 17th century church, which houses the precious marbles and the winged skull of Dionisio Lazzari, together with masterpieces by Massimo Stanzione, Luca Giordano and Andrea Vaccaro, one descends into the ancient and grandiose hypogeum which still houses the fascinating cult aimed at anonymous human remains who become special intermediaries for invocations, prayers, requests for intercessions. A small museum set up in the spaces of the elegant sacristy completes the itinerary. The Church of Santa Maria delle Anime del Purgatorio ad Arco is one of the strangest places in the city. Although in Naples Italy there is no lack of macabre places such as the Fontanelle Cemetery or the Catacombs of San Gaudioso or even other highly mysterious churches such as the Chapel of Sansevero, none can compare to this. In Naples Italy the ancient cult of the souls in Purgatory had been widely supported by the Catholic Church which identified it as a way […] 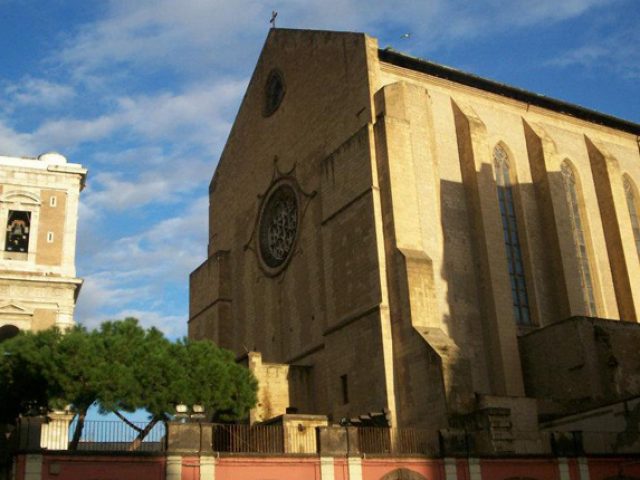 The Monumental Complex of Santa Chiara in Naples Italy, also known as the Monastery of Santa Chiara, is among the most relevant and appreciated monuments of the artistic heritage of Naples. Located in the historic center of Naples Italy, between the homonymous street and Gesù Nuovo Square, the complex extends over a vast area that includes the Basilica of Gothic origin, the monastic rooms, the archaeological area with the remains of a thermal establishment of Roman times, the large area occupied by the Franciscan Opera museum, the famous Majolica Cloister and the large bell tower. The Monumental Complex of Santa Chiara was built between 1310 and 1328 by the will of King Roberto d’Angiò and his wife, Sancia di Maiorca. The structure also includes a splendid majolica cloister made up of 66 arches resting on as many piperno pillars covered with majolica with plant scenes. Some seats connect the majolica pillars and scenes of everyday life of that time are depicted on them. Frescoes from the 1700s cover the walls of the four sides of the cloister and represent allegories, scenes from the Old Testament and saints. Roberto d’Angiò chose the best painter of the time to have the basilica […] 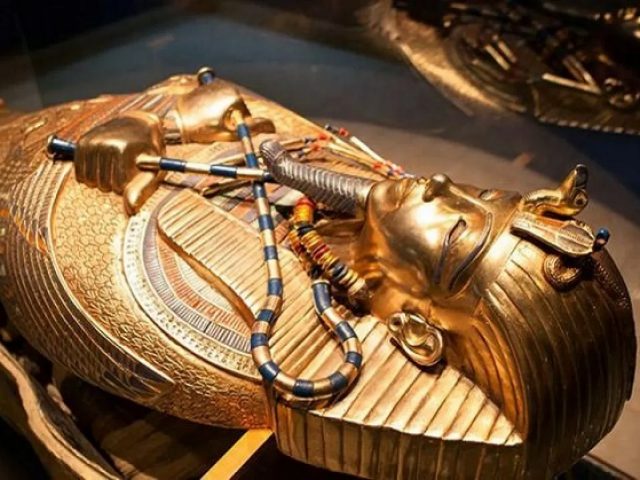 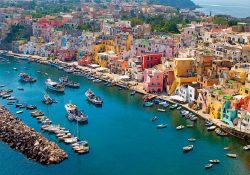